Singapore, SG – March 11, 2022 – 2K today announced WWE® 2K22, the newest installment of the flagship WWE video game franchise developed by Visual Concepts, is available now for PlayStation®4 (PS4™), PlayStation®5 (PS5™), Xbox One, Xbox Series X|S, and PC via Steam. Featuring Rey Mysterio® on the cover in celebration of his 20th anniversary as a WWE Superstar, the game features a top-to-bottom overhaul, including a redesigned engine and gameplay, the most stunning WWE 2K graphics to date, intuitive and accessible controls, multiple new game modes, and an immersive presentation and camera angles throughout. WWE 2K22 also features a diverse soundtrack curated by Executive Soundtrack Producer Machine Gun Kelly, who will be available in a future downloadable content pack* as a playable character.

“The last two years have been full of focus and passion from an incredible team at Visual Concepts who set out to create a WWE experience that delivers what fans have been asking for,” said Greg Thomas, President at Visual Concepts. “WWE 2K22 and all its achievements are a direct result of this team’s energy and hard work on building a massive game with a long and storied history. I’m very proud both of what we have been able to accomplish with this release, and what it signifies for the bright path ahead for the WWE 2K series.”

WWE 2K22 features the return of several popular game modes, as well as the introduction of several new additions:

Notable celebrity additions from post-launch content include WWE 2K22 Executive Soundtrack Producer Machine Gun Kelly, as well as social media personality Logan Paul, who is currently scheduled for a match at WrestleMania with tag team partner The Miz against the team of WWE 2K22 cover Superstar Rey Mysterio and his son, Dominik Mysterio.

Check out the WWE 2K22 official website for a full breakdown of the different editions of this year’s game.

*Exact date of content availability yet to be announced. WWE 2K22 required to use DLC content. DLC purchase necessary. 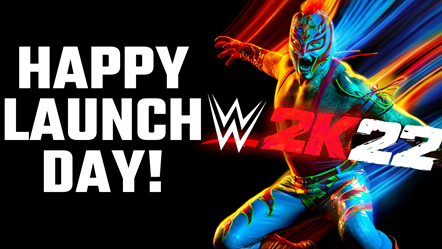 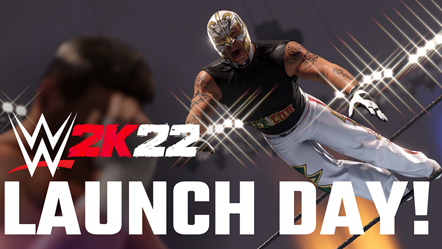